I am currently planning to build a mini jet engine quad. This is an experiment so that i can learn more about the development of quads. Anyone having apt knowledge contact me. I would like some support and when successful would help you get your credit too. Thanks in advance.

How are you going to build a jet engine quad??? Quad translates to 4. You're going to use 4 jet engines?

Moderator
Hi mate look on the hobbyking site they do edf motors (electric jet engines) very powerful , just for a laugh they did this

That sounds messy, maybe a single jet for forward thrust & props handling the balance, or trying to.
4 jets is a vtol with servos for forwarding thrust. I could see big problems with turning that unless you have 4 separate vectoring jets. Alot goes into just one as its 4 seperate servos. Upside is just one ducted fan. Maybe take a look at pavel scrypalksi on YT he built one.
it's not jet engine though but EDF
electric ducted fan. Maybe beyond this site, me anyway. 16 servo's no-one builds boards for that. Single vectoring fan yes.

4 of these would be a nightmare with fuel jets. If that's what you mean. But who builds boards for 16 servo's.
Good luck.

While I'm here, this is for RENOV8R

The last one flies but not stable barebones the side fins I have to redo.

You Naysayers scared him away Now we will never know.
Lets see one jet engine feeding a 4 way manifold with vectored thrust. Simple huh
Take the same software and hardware and let the ESCs control the motors that do the vectored thrust.

I just put some nifty 5v led pads on today.
Do you think they bright enough.

Couldn't you just hook some electric jet motors up to some escs and call it a day? I could totally see this working on a 4jetquad (©copyright)

Dugdog47 said:
Couldn't you just hook some electric jet motors up to some escs and call it a day? I could totally see this working on a 4jetquad (©copyright)
Click to expand...

Yeah but afterburners are so fricking cool! 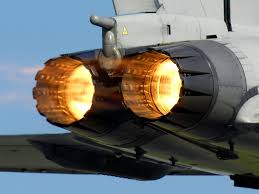 Dugdog47 said:
Couldn't you just hook some electric jet motors up to some escs and call it a day? I could totally see this working on a 4jetquad (©copyright)
Click to expand...

Of coarse you can but only 3 directions, up down round & round.

Moderator
Well guys that's what I was thinking 4jets instead of 4 brushless motors , that will be one powerful quad

mozquito1 said:
Of coarse you can but only 3 directions, up down round & round.
Click to expand...

Naw man you pitch forward you go forward. The flight controller would handle it the same only instead of using props for upward thrust you're using jet engines for thrust. Don't know if it would be possible but it would be fun to try.

Moderator
Jets motors should Work the same pitch on a quad is the rear motor running faster than front , it would be like having ducted props